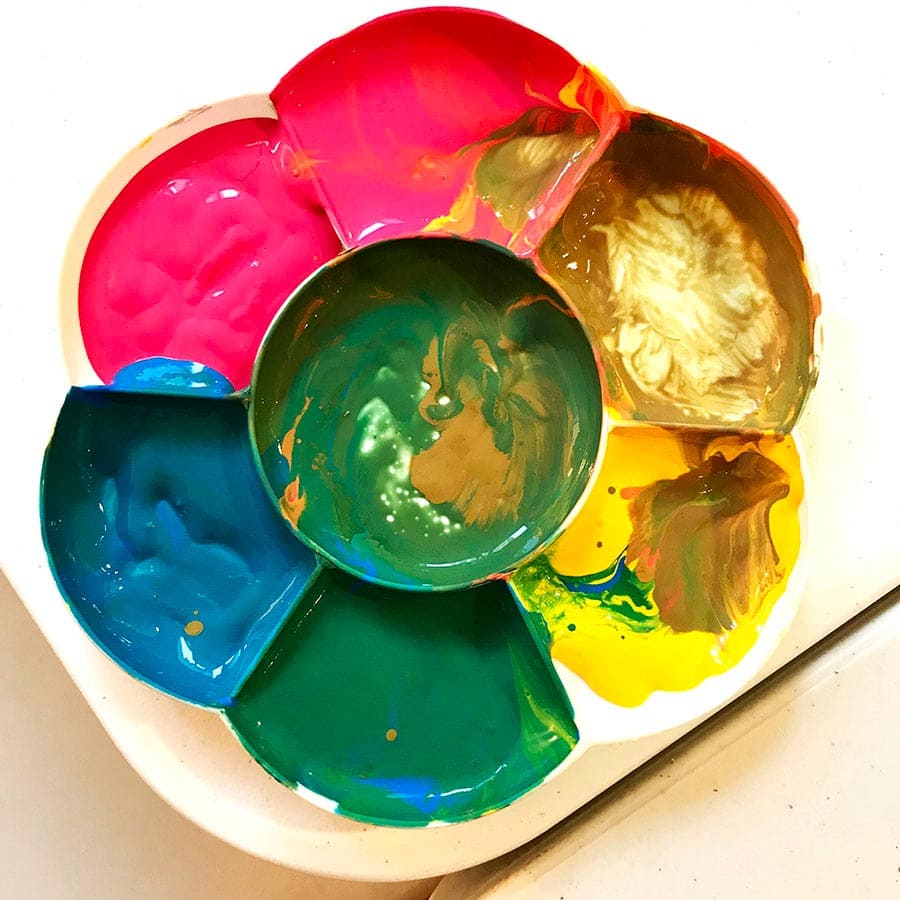 How to be a Creative Genius (yes – really!)

“Are you coming out to play?”

When was the last time anyone asked you that? I’m guessing it was some time ago, when you were very young.

This question is usually delivered by someone with grubby hands and bruised legs. It isn’t a formal invitation or a loaded question. It isn’t a double entendre or open for interpretation. It’s only ever a direct, uncomplicated invitation to escape to another place. A place where you can poke things, play with things, try things on, try things out, observe, join in, succeed gloriously, fail abysmally  and discover things about yourself, other people, and the world.

I’ve been thinking about the importance of play rather a lot recently and I’m curious to  know if our own childhood play activities have something to teach us as adults.

As a child my play often involved me role playing a fugitive staked out in the woods surviving on stinging nettles and acorns with a rifle made of sticks strapped to my hip. It was a shapeless narrative, punctuated by trips home for tea and episodes of Blue Peter, but it felt exciting, empowering and uninhibited.

Other times I’d be a gypsy living on my own in my small but exquisite caravan fashioned from a wobbly wooden clothes horse and the sheets I’d pulled off the washing line.

I always played an outsider, and I liked the way it felt.

Play is all about escapism. During play you can wander aimlessly into new, imaginative places in a parallel universe inhabited by alternative versions of yourself. But those imagined spaces  aren’t easy to access as an adult – a virtual reality headset won’t take you there, it requires a much more proactive approach and you need to leave behind all the people and things that keep you bound to convention. 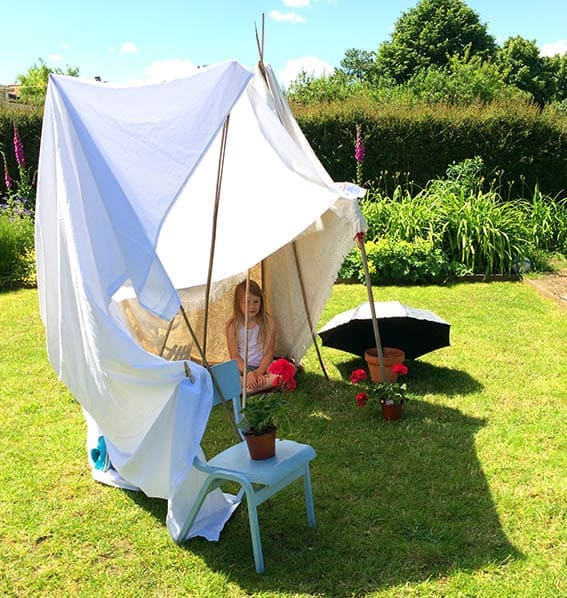 Convention is that thing that monitors your thoughts and actions. It’s constantly editing and curating your life so that it fits a familiar and acceptable aesthetic.

In the land of imaginative play there are no conventions. The main stream diverges as we dig out new tributaries – just for the sheer pleasure of getting our hands dirty and watching how, and where, the water flows.

So when did you stop your childish play?

Probably, like me, by the time you became a teenager, when hyper self awareness kicked in and you learned a new set of rules designed to help you function in an adult world.  When you learned the value of ‘cool’

‘Coolness’  (replace with any alternative fashionable lexicon) is a currency much in demand when you’re a young adult. It grants you entry into a world where all the tributaries you dug as a child are judged and critiqued, then refined and re-routed to converge with other peoples to create the main stream along which you’re likely to be carried for the rest of your days.

It’s hard work not being cool. It’s hard work swimming against the stream that will become a tidal wave by the time you’re fully grown.

The artist Grayson Perry talks a lot about the importance of imaginative play and avoiding the mainstream. He says;

” Coolness is a form of orthodoxy, it’s a set of rules already coalesced around something. Being uncool is a powerful creative force”

So it’s no surprise that children, with their untamed imaginations and uninhibited play,  are the most powerful creative force. It’s a fact.

There’s a much discussed ‘creativity test’ that was carried out in the late 1960’s by the scientist George Land who, in 1965 had founded a research and consulting institute to study the enhancement of creative performance.

NASA had approached Land to develop a test that would help them select the most innovative engineers and scientists to work with them and the test proved to be very successful. Land decided to try the test out on children – with remarkable results. (frustratingly it’s impossible to find any examples of the test papers online…..)

The research study tested the creativity of 1,600 children ranging in ages from three-to-five years old. He later re-tested the same children at 10 years, and again at 15 years of age. These are the ‘creativity scores’ he collected with the results being the percentage of people scoring what Land called “Creative Genius Level”

Isn’t a genius someone born with extraordinary  gifts? Strange and unusual ‘other’ people like Albert Einstein, with a head so full of big ideas there’s no room to remember where you put the house keys.

Children, it seems, are brilliant at divergent thinking. They are able to let their minds run free, imagine new things and be completely original with no notion of editing, evaluating or visualising of practical application or end result and it’s this ability for divergent thinking that fuels their creativity.

Adults, on the other hand, well we tend to fast track our thoughts to end products or practical solutions , imagining how our ideas might be received or rejected before we’ve given ourselves the chance to fully explore an idea.

We’re there with the buckets of cold water ready to put out the flames before we’ve even seen how beautifully they can burn.

At school we are generally taught to use both kinds of thinking at the same time but Land suggests that people need to split their thinking processes into these two different states in order to work more effectively.

Apparently the team at Facebook can be found playing with Lego during the day, an activity that helps spark creativity and divergent thinking. The result is that employees  can then focus more effectively on the tasks that requires more concentrated, convergent thinking.

So if, as adults, we’ve all forgotten how to be a creative genius, is it possible to relearn these skills?

Godin says that it’s the emotional commitment, being prepared to get it wrong, make mistakes, put in the hours, try things out, doing the hard work, again and again and again that will set us on the right track for being a creative genius.

It’s not a genetic lottery, about having the right parents or going to the right school. It’s about separating out those 2 ways of thinking – oh, and a whole heap of tenacity.

If you find yourself looking at other people’s creative work and convincing yourself that you could never do anything like that , here’s what you can do.

Keep your materials of choice at the ready – at all times. Not in a ‘special’ place, but just there – on the table, in a basket, arranged alarmingly all over the living room floor, anywhere so long as you can access them as soon as you get that creative urge.

And then just play – with abandon. Doodle, scribble, write whatever pops into your head, cut things out, stick things down, glue things together (small children spend 50% of their playtime constructing things ) and don’t judge, edit or refine. Try not to fast track to convergent thinking, it doesn’t have to look good – you’re not going to post it on Instagram, and no-one has to like it.

The important thing here is that you’re doing something.

When you feel ready you can pull out all that stuff you did, look at it, think about it, fiddle with it, tweak it and maybe start moulding some ideas. If it’s not working for you – go back to play mode, but don’t worry, some projects seem to present themselves fully formed, and others will require patience, discipline and persistence.

I’ve discovered that just the act of playing fuels our inner genius and the really important message is to not confuse convergent and divergent thought processes during playtime.

So are you coming out to play?

We could do some painting, play with some colours and let our inner genius shine. 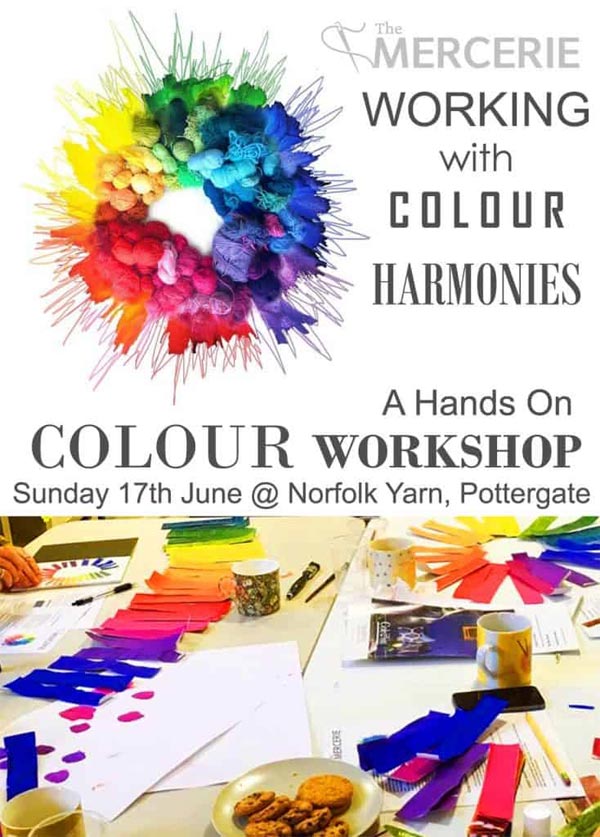 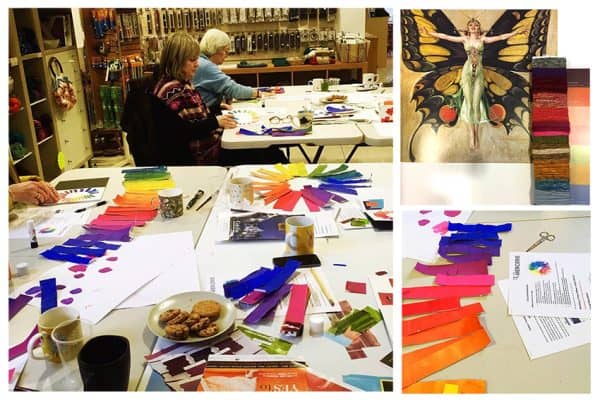