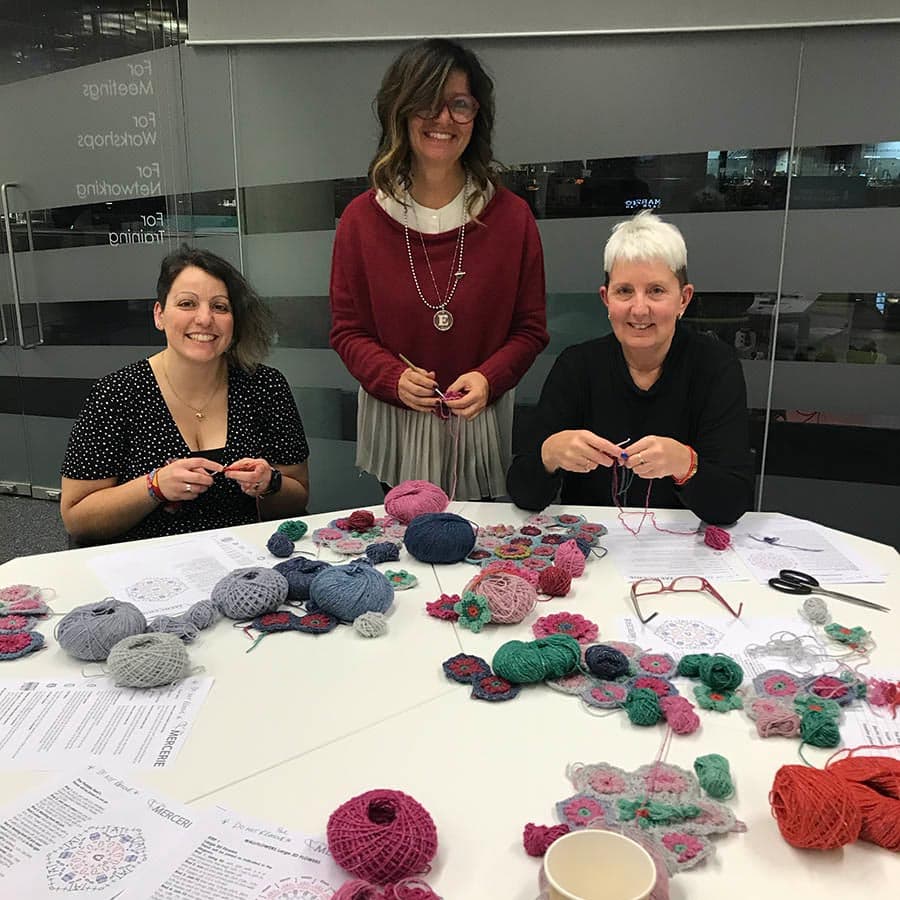 Introverts, Sideways Listening and the Advantages of Crafting Together

I’m guessing if you’re reading this you might be interested in knitting, crochet or some other similar art or craft activity. But I may be wrong- you may be a snow boarder, scuba diver or rugby player. And of course, these activities aren’t mutually exclusive.

But I’m interested to know this….where do you fit on Jung’s personality spectrum – introvert or extrovert? Or perhaps you’re one of the lucky ambiverts who enjoys the best of both.

I’m most definitely at the introvert end of the scale, and have spent most of my life wishing I wasn’t. Whilst shyness and introversion are not the same thing, they often present themselves as a double act designed to keep you silenced and in your seat.

So from an early age I learnt tricks and gained props to get me through the day.

The props were mainly cigarettes and alcohol; one kept my hands busy the other took the edge off awkward social interactions and helped me relax when out of my comfort zone.

The Age of Personality defined the late 20th century and has persisted dogmatically into the 21st. We’re still desperate to Win Friends and Influence People with our engaging charisma and gregarious nature, and if you don’t join in, well, shame on you. And it is shameful. Only a blusher truly understands that gut wrenching feeling when someone gleefully accuses you of ‘going really red’. As if you can’t already feel it in every cell of your body.

Extroverts, on the other hand, never seem to have any difficulty voicing their opinions. They get the best parts in the school play, have the most friends and thrive in the spotlight; no awkward pauses, vacant expressions or fear induced stammers for them.

But it’s taken me a lifetime to fully understand that the best speakers don’t necessarily have the most interesting things to say.

Why did it take me so long?

Mahatma Gandhi, Albert Einstein, Rosa Parks, Frederic Chopin……..I could write a long list of some of the worlds most influential people who spoke up, or performed, because they were DRIVEN, rather than through a desire to be seen and admired. 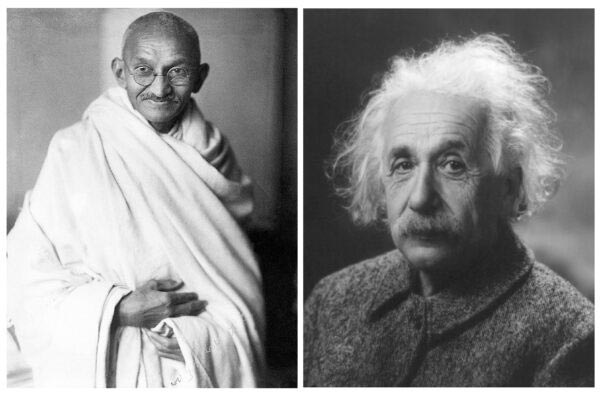 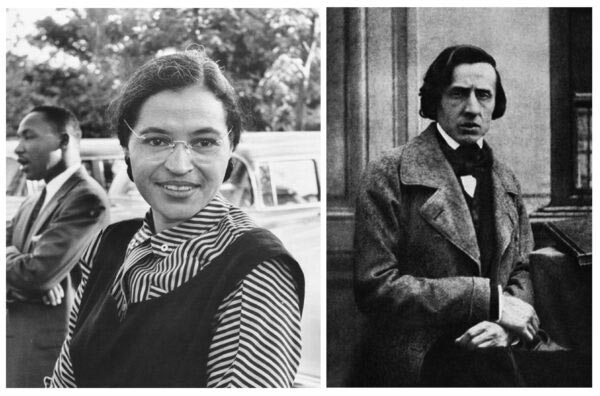 But please don’t take this the wrong way – being introverted and shy doesn’t mean that I don’t like being with people. I LOVE being with people, and I particularly like being in the company of extroverts. It’s just that I feel most alive in quieter, low key environments – when the focus isn’t on me. That’s why I prefer ‘sideways listening’ to a full frontal confrontation.

Sideways listening conversations are the ones you have when you’re driving, cooking, or otherwise partially engaged, where you can choose whether to make eye contact or not. I think this is one of the reasons why crafting in a group feels like such an inclusive, comfortable activity.

Crafting together allows for conversations shaped by ‘sideways listening’ where you don’t have to look someone in the eye when you talk to them, alleviating some of the social anxiety, and with a crafting activity taking place the conversation will ebb and flow with no particular pressure for anyone to talk.

Although- in my classes I do encourage people to talk about their own work; my personal experience as a ‘blusher’ has taught me that once you’ve ‘found your voice’ in a group you’ve broken the ice, and it gets easier. 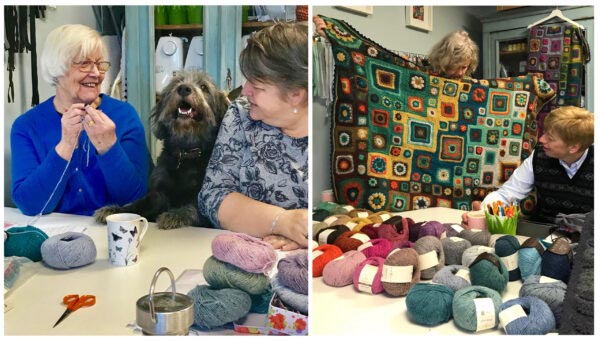 Also, having a ‘background’ activity that’s almost automatic, and repetitive helps to remove the filters so the conversation is less self edited and somehow more natural.

But there’s another reason why knitting or crochet might be the perfect choice for anyone who feels a little anxious in social situations.

Those repetitive, sometimes mechanical, movements such as foot tapping, finger drumming, rocking and stroking all serve to calm or self sooth and can induce an almost meditative state that feels familiar and comforting. Studies in animals have shown that repetitive movements enhance the release of serotonin, also known as The Happy Chemical, and so these actions have the power to help manage stress, anxiety and depression.

The rhythmical motions of knitting or crochet mimic these simple movements.

Yes, it feels good – but it’s even better with other people.

Loneliness across all ages is increasing and it’s considered by many to be one of the largest health concerns in the 21st century.

Social isolation and loneliness is known to be detrimental to health and the Campaign to End Loneliness have published these facts:

Social engagement is, for most people, crucial to living a fulfilled and happy life, but it’s not only that……

Neurologists, psychologists and occupational therapists all agree that social interaction, creativity, and having a sense of purpose are all essential to not just a sense of well being, but to our actual physical health including our nervous, and immune systems. It’s that complex combination of social and mental activity that’s key to keeping our brains healthy and can mean  a 40% less chance of developing dementia in later life.

A craft workshop or retreat is a safe environment, the project supplies the visible reason for attending – It provides a reference or focus point, it’s an ice breaker, a leveller, and a common thread. 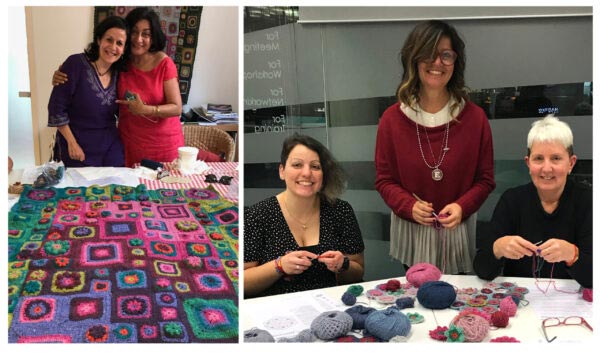 I’ve always found textiles to be an excellent point of departure for a whole range of topics; cultural, scientific, aesthetic, historical, anecdotal….the subject of textiles is rich in allegorical and metaphorical references and it’s also a topic that everyone has some experience of as we all have intimate relationships with the textiles in our own lives. By their nature textiles are close to our skin.

But there are many other, less visible, reasons than the craft object that bring participants to a workshop or course, and this is why I believe they’re so valuable.

So here’s a call to action; If you like the idea of crafting in a group, meeting new people, learning a new skill, making something amazing, challenging yourself or simply immersing yourself in a whole weekend of creativity, take a peek at my events page for a little inspiration. 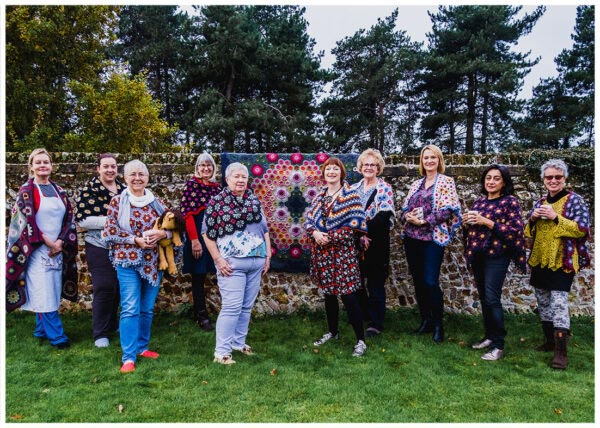 Introverts, extroverts and ambiverts are all most welcome!