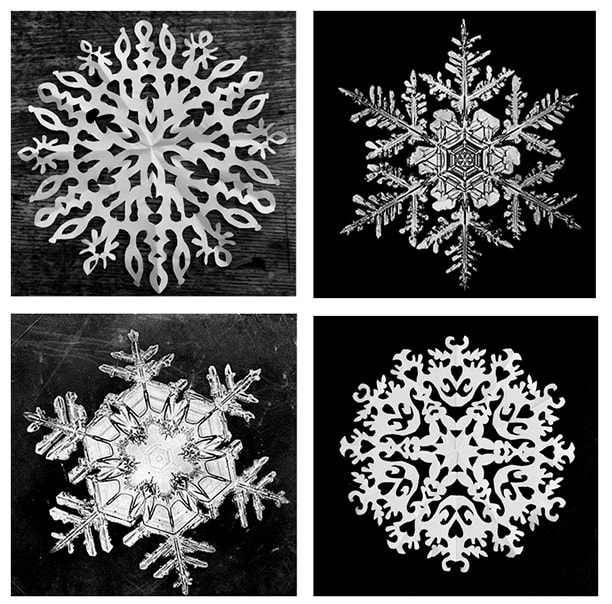 It’s grey in the UK today.

Outside the sky is grey, the morning fog is grey, the news is grey and I have to remind myself that grey is just a ‘colour’ – not a state of mind.

In fact grey is a whole spectrum of beautiful tones from the most delicate pearlescence through polished concrete, platinum, gun metal and charcoal.

Grey exists in a black and white world and its tonalities have captured history since the invention of the camera obscura.

As I watch the colours fade from nature’s seasonal palette at the tail end of 2021 I’m looking closely for the glittering signifiers that winter is here.

Winter brings with it the shiny finale to the year with her crisp frosty mornings, freezing cold mists, cracked puddles of ice and the hushed quiet of pure white snowscapes. Winter has its own exquisite beauty and the excitement of the first winter snowfall is magical for a brief moment in time.

So in this post I’m celebrating the Winter Solstice and it’s seasonal beauty- I’ll shake the icy fingers of Jack Frost, accept his frozen gifts with grace and look out for the first snowflakes to fall…..

In a cloud, a water droplet freezes and takes on a sixfold crystalline formation. It shoots out six radials and starts to travel through the cloud. As it travels it bumps into other particles, it moves through different temperatures and humidities, continuously melting and reforming into complex asymmetrical shapes.

A Snowflakes’ radials each form independently and most snowflakes are visibly irregular; it is estimated that less than 0.01% of snowflakes are perfectly symmetrical.

In contrast, it’s almost impossible to find a picture of an asymmetrical snowflake. It seems that even a snowflake can’t escape our prejudice against perceived imperfection – regular ones just look nicer in photos.

It’s well documented that it’s almost impossible to find two identical snowflakes. In the late 19th century Wilson Alwyn Bently, an American meteorologist and photographer, searched for two icy twins as he documented images of over 5000 snowflakes, captured under a microscope.

There’s something very compelling about the imperfect uniqueness of a single snowflake that makes it the perfect motif for home-made Christmas decorations with their hand made, slightly wobbly aesthetic. They’re the transient inspiration for a whole series of paper cut motifs that are easy to make and won’t cost the earth.

Paper cutting is an activity anyone who can safely wield a pair of scissors can engage in and enjoy. It’s not really seen as a proper, grown up, artistic endeavour, unlike landscape painting or sculpture. It’s perceived to be a bit childish – even a waste of time – so if you feel like making yourself a collection of paper cut out snowflake decorations this is my advice:

If you’re on the receiving end of withering looks, patronising glances and quiet tutting when you pick up your paper scissors, just consider what Henry Matisse, Rob Ryan or Tord Boontje might have to say about that – then snip away and watch the confetti fall.

How To Make a Paper Cut-Out Six Sided Snow Flake.

I used large A3 sized sheets of paper, but A4 sized printer paper would be fine. First fold in half lengthwise and mark the central point on the folded edge with a small crease. With the folded edge at the bottom fold both edges in so that they are overlapping (see photos) and your paper is folded into 3 equal portions.

Fold again bringing all the folded edges together. Crease well. Cut off the untidy bits at the top of your folded ‘dart’.

Now draw your design on the paper. This might take some planning and it might help to shade in the areas you are going to cut away.

Then snip with a sharp pair of scissors (I used nail scissors) unfold and give a press with a warm iron –  and you’re done!

Sometimes it’s the simplest things in life that bring satisfaction and joy – and brighten up even the greyest of days. 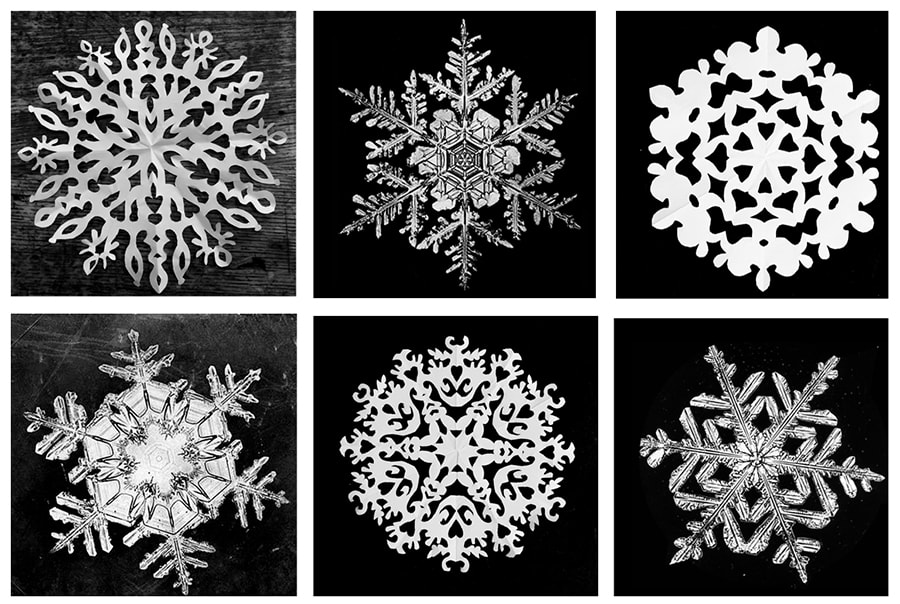